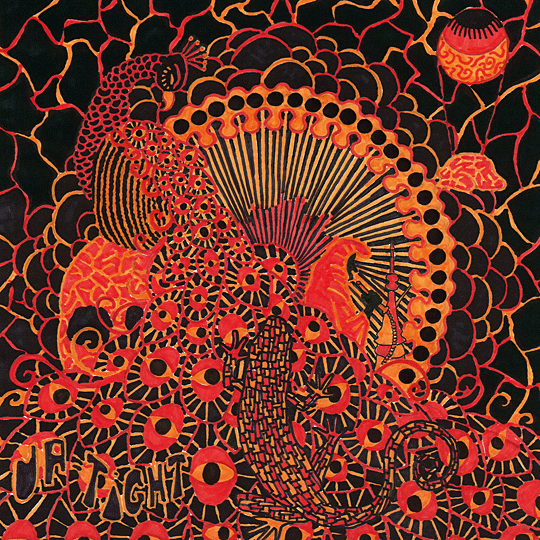 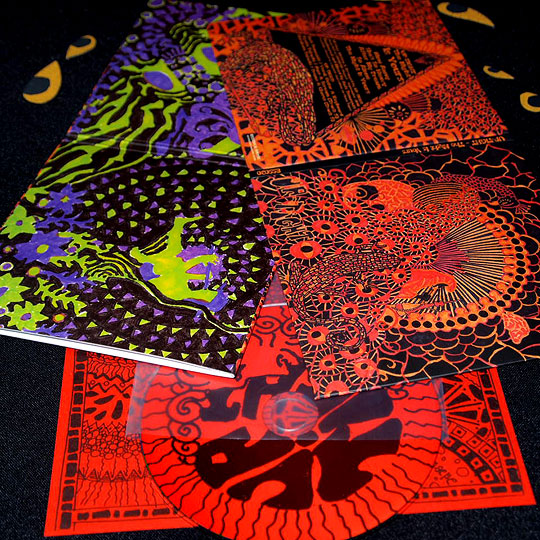 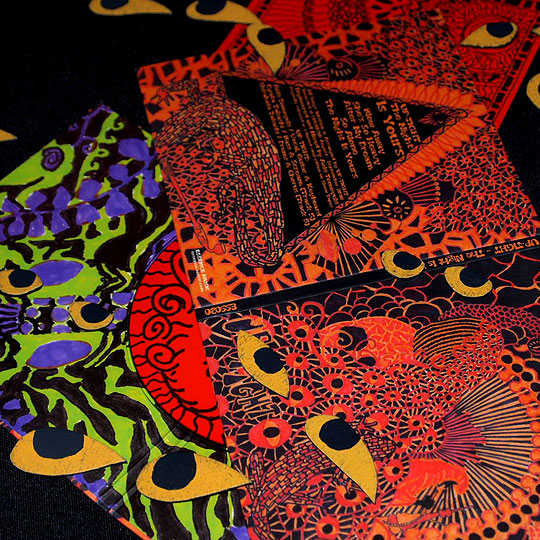 Finally out this mighty masterpiece of dark and wild psychedelia from the Japanese three-piece legends! Fuzz and reverb drenched jamming sounds from the basements of Hamamatsu evoking the always welcomed ghosts of Amon Düül and Les Rallizes Denudes.

Originally released as an instantly sold-out LP edition on Sloow Tapes in 2011, we decided to do justice and make The Night Is Yours available again, this time as a CD edition limited to 200 copies. Housed in our high quality tip-on mini-LP gatefold packaging (plus insert) featuring new sonic treatment by the mastermind Aoki Tomoyuki and expanded trippy artwork by Bart De Paepe!

“Tokyo psych monsters Up-Tight come out of the classically wasted/drug-damaged school of excessive fuzz and reverb, giving the nod to the endless jam style of Les Rallizes Denudes while spiking their sound with dark downer ballads that owe as much to The Jacks as they do to The Velvet Underground. The Night Is Yours is the absolute apex of their catalogue to date, crossing beautiful comedown folk-psych moves with whole sides of extended scorch. Indeed, there’s a new focus on psychedelic ritual here, especially apparent on the staggering “She’s So Heavy” with choirs of disembodied monks chanting in the background while the bass – played with all of the thunderous power of Mik from Kousokuya – marches the group ever forward and vocalist Tomoyuki hovers over the track like a wraith. If you can picture Spacemen 3 circa “The Perfect Prescription” produced by Ghost circa “Temple Stone” then you’re close to the outrageous levels of psychedelic excess captured here. Tomoyuki’s guitar tone has to be heard to be believed, with tactile garage punk crunch put to the service of endlessly euphoric orbits of three droning chords. Up-Tight have been responsible for a buncha the most memorable releases to come out of the post-PSF underground but this has to be their recorded pinnacle, the perfect balance of two chord Velvet downers and strung-out post-Rallizes string violence. One of our records of the year so far! Highly recommended!” (Volcanic Tongue)

Written and arranged by Up-Tight.
Recorded at Lucrezia, August-September 2010.
Engineered and mixed by Aoki Tomoyuki.
Artwork by Bart De Paepe.